A large body of evidence supports the notion that binary perceptual decision making can be conceptualized as noisy evidence accumulation to one of two thresholds. The diffusion model is a process model that has been used to account for such decisions, but a majority of research has applied it to visual decision making. The current study sought to apply the diffusion model to the tactile modality by fitting it to data collected from a tactile numerosity manipulation. The diffusion model was found to account for the data with adequate descriptive accuracy, warranting more in-depth experiments. 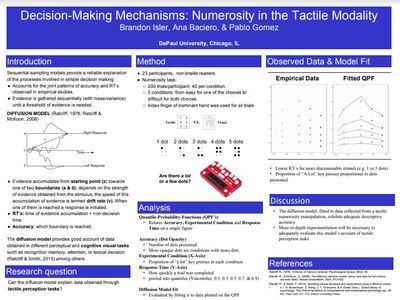